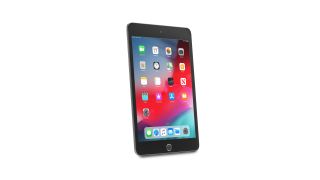 Best tablets Buying Guide: Welcome to What Hi-Fi?'s round-up of the best tablets you can buy in 2020.

Tablets are bigger than smartphones (just) but less capable than laptops (just). If you're thinking of buying one, you need to ask yourself a few questions.

What screen size do you want? Bigger-screened tablets make films, photos and TV shows look more impressive and are better suited to gaming, but they're heavier, less portable and usually more expensive.

Which operating system are you after? Android is more open than iOS, but it's not quite as slick or simple an ecosystem. Or are you happy with Amazon's FireOS? Members of Amazon Prime might well be, but if you rarely shop at the retail giant, you'll likely find it unsuitable and downright irritating.

How much storage do you need? Android devices usually come with slots for memory cards so you can add in extra storage, which could be useful if you've an extensive library of films, music and photos.

The best tablet for you will come down to how you want to use it. If you're gaming, you'll want one with tons of power and long battery life, while if you're only sending the occasional email, you can save yourself some money and get yourself a cheaper model.

We've rounded up the best 2020 tablet choices so you can find your perfect partner. With models big and small, cheap and pricey, there's sure to be something that fits your needs.

Under-the-skin improvements make the latest Mini even better than before.

Apple's dinkiest iPad actually offers the highest pixel-per-inch density of all of its tablets and has a few features that are missing from other models: notably, HDR video.

The iPad Mini’s form makes it the perfect portable cinema. At 7.9in, the screen is significantly more cinematic and immersive than that of even the biggest iPhone, the XS Max, which measures 6.5in. That 21 per cent increase in display real estate is the equivalent of going from a 55in to a 65in TV. At the same time, the iPad Mini remains lighter and more portable than its bigger siblings.

Inside is the A12 Bionic chip, which you’ll also find in the iPhone XS and XR, and storage options come at 64GB and 256GB, with no other choice. The front-facing camera has been given a big boost but the rear lens stays the same.

Ultimately, this iPad Mini is excellent with video, and the screen looks even more gorgeous than the rest of the iPad range. It's bright and punchy, with distinctive highlights and plenty of detail in the shadows. The image really pops, making it a joy to watch. The sound is tops too, boasting bags of dynamism and detail.

For a small tablet, it makes a big impression.

If you're onboard with Amazon’s ecosystem, the HD 10 offers a brilliant experience at a budget price.

Improving on a previous What Hi-Fi? Award-winner was always going to be a tall task, especially without raising the price. But Amazon has cracked it with the latest version of the HD10. So what's new? There's a faster processor, a more powerful front camera, USB-C charging (rather than micro-USB) and support for higher-capacity microSD cards.

What really sets the Amazon Fire HD 10 apart at this price is Alexa compatibility, which allows you immediate access to Amazon’s voice assistant and grants the ability to control Alexa-enabled devices from your tablet. Alexa responds well to our requests, though there is a predictable bias towards Amazon’s streaming services.

When it comes to TV and movies, colours are bright, tonally accurate and vibrant, while blacks are inky, dark and detailed. The screen’s 16:10 aspect ratio in landscape mode is remarkably easy to get used to, particularly if you’re accustomed to Apple tablets.

The HD 10’s ‘Dolby Atmos’ integrated dual stereo speakers are somewhat optimistically branded but the sound with music and films is convincing and emotive, with plenty of detail across the frequencies and a pleasing, realistic musical build.

As long as you're happy to use Amazon's apps, this remains a bargain buy tablet.

Sacrifices have been made in the name of affordability, but the iPad remains an excellent tablet.

You might have presumed that the iPad Mini would be the most affordable tablet in Apple’s range, however, that honour actually goes to the standard iPad, now in its 7th generation. It is missing some tech featured in the Mini but does come with the bonus of the Smart Connector, which allows the 7th Generation iPad to be connected to Apple’s Smart Keyboard (neither the previous model nor the Mini can be connected).

The iPad’s IPS screen has increased in size to 10.2in and resolution has been increased to maintain the pixel density of 264 ppi. It lacks then laminate layer, anti-reflective coating, True Tone (which automatically adjusts colours and brightness to match ambient lighting) and wide colour support of other tablets. And this is the only iPad in the current range that doesn’t support HDR. It’s also the only model that doesn’t have one of Apple’s newer processors. Instead, the A10 Fusion chip of the outgoing model has been carried over.

When it comes to picture and sound, it has the supremely natural colour balance for which Apple devices are renowned. There’s excellent detail and definition, too, and motion is handled exceptionally well. The iPad Mini pips it with a little more punch and deeper blacks but it's still  good watch. Audio performance is strong. There’s weight, solidity and dynamic variation here that other tablets, including the current iPad Mini, can’t match.

The standard iPad is the most affordable model in Apple’s current tablet range, and sacrifices have had to be made to deliver a large screen at a low price. But Apple’s least impressive tablet is still an impressive tablet.

If you're on a tight budget, Amazon's tablets are always worth a look. At just £50, the Fire 7 is exceptionally good value – as long as you don't expect mind-blowing AV quality, you'll be pleasantly surprised. Amazon has given this model a warmer colour palette, making for more realistic skin tones, and as long as you don't go nitpicking for detail and contrast ratios, it's perfectly watchable (especially for kids' cartoons, which we suspect will be its main use). The sound is nicely balanced and suitably detailed, too. And because it's an older model, its already cheap price is now discounted. Buy buy buy!

Powerful, great to use, and capable of excellent video.

Content creators will want an iPad Pro - this is a machine made for creating, while the standard iPad is built for consuming. As such, it's a little over-powered if all you want it for is watching movies and playing the odd game. Not that you'll have a bad time - far from it. The screen is ridiculously sharp and bright, and at this size, films are an absolute treat. It sounds pretty great too, balancing dialogue with the soundtrack nicely and automatically adjusting for the best sound depending whether it's in portrait or landscape mode. Sure, you don't need one. But if you can afford it, why wouldn't you?

You’ll have to pay a lot more to do better.

This tablet was great value at its original price, so now it's available for less, it's an absolute steal. Like other Amazon tablets, its bright colour schemes are more cheap and cheerful than sleek and sophisticated, but that's no bad thing if you just want a tablet for occasional use around the house (or to let the kids run wild with). Its screen has a natural palate and plenty of detail to get your teeth into, while audio playback is pretty decent for casual listening. Another great value tablet from Amazon.

A few minor bugbears aside, the Yoga Tab 3 is a budget tablet worth considering.

This might be a budget tablet, but it feels much more expensive than it is. The spine is much thicker than the rest of it, with good cause - it houses a rotatable 8MP camera that can be positioned to be rear- or front-facing. There's also a metal kickstand to help prop it up in its many poses (it's not called Yoga for nothing). The screen might lack a bit of detail, but the sound more than makes up for it, with plenty of expression and balance on offer.

This Galaxy Tab is good, but not quite out of this world.

This premium tablet comes with the S Pen, which is Samsung's stylus. Images on screen look so sharp you could cut yourself on them, while motion is handled with aplomb. The only slight niggle with the screen is colour reproduction, which tends to be more bold than natural. But you get superior sound, which you can tweak to your heart's content, and played right, you'll get noticeably more detail and dynamism from music. Dolby Atmos also comes as standard.