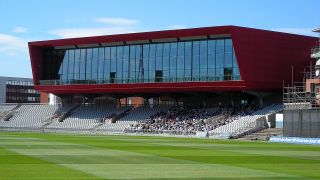 It's crunch time for England if they're to protect their five-year unbeaten home ODI record. The World Champions are level with the visitors with one match apiece. It's back to Old Trafford for the decider. Make sure you know how to watch the third England vs Australia ODI live stream wherever you are.

The third ODI starts at 1pm BST today and with England riding high after their convincing second game-win, there's every reason for Eoin Morgan's men to feel positive. All-rounder Chris Woakes is in fine form with the ball, as are Joffra Archer and Sam Curran, all of whom contributed as the Australian's batting collapsed. There's a feeling in the camp that this is a team capable of winning from any position.

Australia will be looking to make that position as uncomfortable as possible and the tourists will certainly sense some tension with the England openers who will want to make improvements on their offerings at the crease this time.

Captain Aaron Finch has plenty of talent at his disposal, including exciting uncapped players such as Josh Philippe, Riley Meredith and Daniel Sams. Can the the new boys bolster Australia's chances winning the first 50-overs battle and be the first side to bag a series win in England this summer? We'll see.

Read on below to find out how you can catch every second of the third one-day international between England and Australia, wherever you are in the world. The action begins at 1pm, BST today...

How to watch England vs Australia ODI abroad using a VPN

US, UK and Australian citizens away from home or stuck abroad will need a VPN to access the their TV sports streams from outside their own countries. That means you can have a subscription to any of the services listed below, and watch wherever you are.

How to watch England vs Australia ODI in the UK

Sky Sports has the right to broadcast ODI cricket in the UK. The England vs Australia ODI will be broadcast on Sky Sports Main Event and Sky Sports Cricket in HD. There is no 4K coverage.

To watch, you'll need to either subscribe to Sky Sports on your platform of choice or buy a Sky Sports pass on Now TV. Note that the mobile pass will not offer you access to the cricket, so either go for a £9.99 Day Pass or, for better value and to watch all three tests, it's £33.99 for the month.

Sky subscribers can add the 11 Sky Sports channels to their package here. Virgin Media and BT TV customers will be able to watch England vs Australia by subscribing to the Sky channels on their platform too.

How to watch England vs Australia ODI in the US

Test cricket rights in the US belong to Willow TV and you can watch all of the England vs Australia one-day internationals for just $9.99 per month.

How to watch England vs Australia ODI in Australia

Fox Sports has the rights to air the England vs Australia T20 test series in Australia. You can also catch the third test action – as well as a host of other sport – live and on-demand through Kayo Sports. Kayo comes in at just AU$25 per month for access on two devices. There's also a 14-day free trial to check that you're happy with the service.