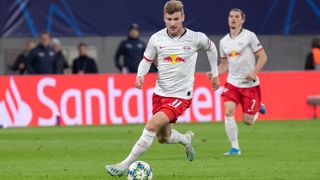 So Bayern Munich have already won a record eighth straight Bundesliga title, but there are still two rounds of fixtures to play in Germany and plenty still to fight for.

Borussia Dortmund have secured their place in next season's UEFA Champions League, but there are still three teams battling for the final two top-four spots.

RB Leipzig are in third but have the most difficult fixture of the weekend as they host second-placed Dortmund, while Bayer Leverkusen travel to Hertha Berlin and Borussia Mönchengladbach are away to bottom-placed Paderborn.

Anybody down to Eintracht Frankfurt in ninth can still make the UEFA Europa League spots, too, and it isn't all over at the bottom.

Paderborn are certain to be relegated as the bottom club, but Werder Bremen and Fortuna Düsseldorf have it all to play for. With only a point between the pair, the next two fixtures could be the difference between guaranteed relegation and a play-off tie against whoever finishes third in the league below – destined to be Stuttgart, Hamburg or Heidenheim.

There's still an outside chance Mainz could be dragged into it as well – especially as they face Bremen on Saturday – but that would require two defeats paired with two victories for both the teams below them.

Unfortunately, you will have to miss some of the action as all matches are being played at the same time this weekend and next, but all are televised so you have your pick of the games.

Alternatively, for £25 per month you can get all the action from the BT Sport app, without any subscription requirements.

BT Sport via the app for £25/m with no contract
You can get BT Sport without any contract or existing TV service with the company's own app. You pay £25 per month, which you can cancel at any time, and get all the services including its Ultra HD channel.View Deal