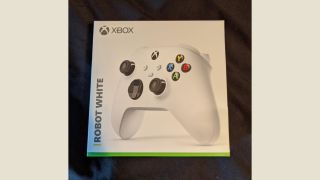 The Xbox Series S is official... sort of. While Microsoft is yet to actually announce the highly rumoured, lower-priced console, which is expected to launch alongside the confirmed flagship Xbox Series X later this year, the official next-gen Xbox controller has been spotted – and guess what? It mentions the Series S console on the packaging, so it's safe to say it exists and is on its way.

The controller was bought by Twitter user Zak S (via The Verge). The packaging mentions that the controller works with the "Xbox Series X|S", confirming the name of Microsoft's yet-to-be-announced machine.

The Series S is Microsoft's disc-less next-gen Xbox, reportedly codenamed Lockhart. It's thought to be officially announced later this month and to launch alongside the Xbox Series X in time for Christmas.

Because it lacks a disc drive, all gameplay and music and movie playback will be digital. It could also have less power than the Series X, which should help bring the price down.

The Series S is rumoured be part of an Xbox All Access subscription plan that includes the console and Xbox Game Pass Ultimate together for a monthly fee. Think of it as like Netflix for gaming, if the price of Netflix included a device on which to watch the service.

Microsoft isn't the only one readying two new consoles for the winter. Sony also has a disc-less PS5 ready to launch, named the PlayStation 5 Digital Edition. It too should be cheaper than the 'full fat' PS5.