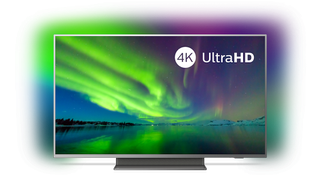 The Amazon End of Summer sale is heaving with bargains, and that includes big-screen 4K TVs from the top TV brands.

The retailer's End of Summer Sale runs until 1st September and features hundreds of discounts. Thankfully you needn't trawl through them all, we've picked the best 4K TV deals in the sale.

Sony Bravia KD-65XH81 65in 4K SmartTV £999
If picture quality is your main priority, Amazon has also slashed the price of the cinematic 65in Sony Bravia KD-65XH81 by a juicy £200. It's dropped from £1199 to under a grand, which is a cracking deal for a 65in LED set with Sony's excellent 4K X-Reality Pro picture processing. View Deal

Sony Bravia KD-55X70 55in 4K Smart TV £649
You can also grab a £150 discount on this premium model from Sony. It's a 55in LED with Netflix, Amazon Prime Video, YouTube and a whole range of other apps and catch-up services. View Deal

Those are merely the stand-out deals, though. Head to the Amazon website to browse all the TV deals on offer.

Amazon's End of Summer sale – and all of these extremely tempting deals – will hit the buffers on 1st September so get your skates on. And don't forget, Amazon is also dishing up daily 'Lightning Deals'. They tend to sell out fast, though...