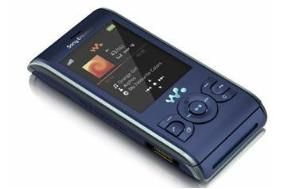 "Since the launch of our first Walkman phone in 2005, Sony Ericsson has continued to pioneer a superior mobile music experience – and the 77 million Walkman phones sold to date are testament to this commitment," says Ben Padley, head of the music category at Sony Ericsson.

All three phones incorporate Sony's TrackID technology, SensMe (for matching your mood to the music), and Shake control to change tracks with the flick of your wrist.

Like the W902, the W595 (pictured) has a 2.2in QVGA screen for better-quality video playback. And if you want to share your music, it has two headphone sockets so a friend can listen using an additional set of headphones.

And if you want to make even more of your mobile music collection, Sony Ericsson is introducing three new sets of stereo speakers, the MBS-200, MBS-400 and MPS-100, to connect to Walkman phones, plus a new range of Bluetooth and noise-cancelling headphones.