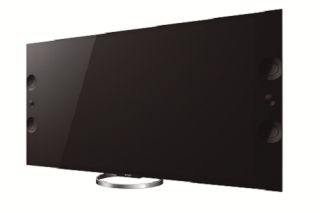 Sony confirmed to whathifi.com at IFA 2013 that its X9 series of 4K TVs will get a firmware upgrade over the internet to make them compatible with the new HDMI 2.0 standard.

Both models are available to pre-order today from sony.co.uk and they'll be stocked in Sony Centres, John Lewis and Currys from mid June.

You can also connect wirelessly to the TV via NFC (Near Field Communication) using compatible Xperia smartphones and tablets. Content on your portable such as photos, videos, games and apps will be 'mirrored' on the TV.