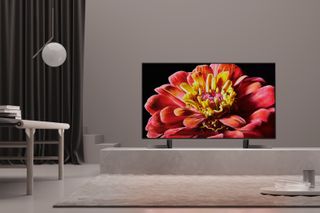 While many manufacturers choose to focus only on flagship models at CES, Sony has chosen to buck the trend and also release details of its more core 2019 models.

So, along with the ZG9 LCD and AG9 OLED Master Series TVs, plus the AG8 OLED that slots just below them, we also now have information on the XG90 and XG95 TVs that replace the XF9005 TVs we gave Awards to in 2018.

Sony's sticking with Android TV as the operating system across its 2019 TV ranges, and all models here get both Dolby Vision and the new, similar-in-approach IMAX Enhanced certification.

Pricing and availability details haven't been announced, but we'll update this story as soon as they have.