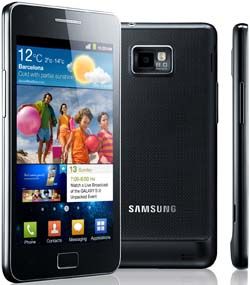 The company, already the world's no.1 manufacturer of TVs and the maker of our award-winning smartphone the Galaxy S II, took 23.8% of the market according to marketing and research consultancy, Strategy Analytics, selling 27.8m smartphones.

Nokia, which announced its latest smartphones yesterday, was in third position – though it remained in top spot when lower cost mobiles were taken in to account.