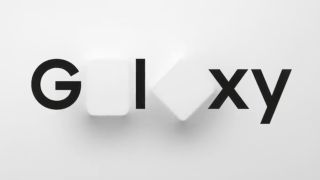 The Samsung Galaxy S11 will launch on 11th February at the Samsung Unpacked mobile showcase, Samsung has announced. While the firm stopped short of confirming the device's name, it did refer to "a whole new Galaxy".

This is widely thought to refer to the S11. Though recent rumours say the device could in fact be called the Samsung Galaxy S20, because it will launch in 2020. That would serve as a handy differentiator between it and the iPhone 12 when it's presumably announced this coming September. Although who's to say Apple won't attempt the same trick?

The S11 is rumoured to pack 8K video recording, a 120Hz refresh rate and a more advanced camera.

Samsung is also said to be working on a second folding phone after the disastrous launch of last year's Galaxy Fold. The original Fold had to be recalled after test units suffered from a variety of problems including bricking and screen glitches.

The upcoming foldable phone is rumoured to be a clamshell device that will cost a lot less than the original Fold, which sold for over £1,000.

Samsung's teaser trailer certainly hints at two devices. The first 'A' in the word 'Galaxy' has been substituted for something that looks suspiciously like the camera housing on the S11. The second 'A' could easily be the second-generation Galaxy Fold in its folded state. (Credit to Samsung News for the spot.)

Don't worry if you didn't get an invite to San Francisco for the unveiling - Samsung will livestream the event on Samsung.com. And, of course, we'll be covering it live.

• Best smartphones for music and movies