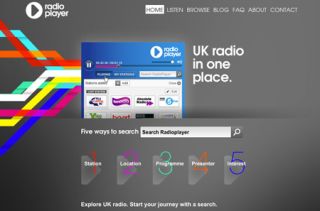 Radioplayer, the new online radio service backed by the BBC and commercial stations, attracted 5.7 million listeners during its first month of operation in May.

Launched eight weeks ago, Radioplayer claims 5.7 million unique listeners tuned in 22.5 million times in the four weeks from April 25th, according to its own figures.

Radioplayer is working with radio industry audience measurement body Rajar to validate its usage figures, according to MediaGuardian.

Internet radio attracts 4.7 million listeners a week – representing 3.1 per cent of all listening – according to Rajar.

Michael Hill, Radioplayer managing director, says: "Growing digital radio is a long game, but we now have two magic ingredients. A simple, consistent Radioplayer with millions of users, and an industry working collaboratively on its digital future. It's a great start."

Radioplayer is expected to unveil mobile applications for the iPhone and iPad later this year.