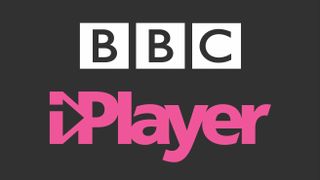 BBC iPlayer is already one of our favourite on-demand platform and plans are afoot to give it a major revamp.

The BBC has submitted plans to OFCOM, the UK's communications regulator, which could see content receive a big boost on the platform. Top of the list is making programmes on BBC iPlayer available "for at least 12 months". The BBC also wants to use select returning titles to create more box sets and also deliver more content to the platform from its archives. Who wouldn't want to binge on 40 years of A Question of Sport?

The broadcaster is arguing these changes would "bring BBC iPlayer into line with the industry standard". It also believes "the proposed changes will create great public value and will not have an adverse impact on fair and effective competition".

To back-up the proposals, the BBC also carried out a Public Interest Test, which found that 63% of those surveyed felt the changes would deliver better value from the license fee and 66% felt it would increase the general appeal of BBC iPlayer.

Charlotte Moore, Director, Content, said "audience expectations have changed dramatically, viewers are now used to being able to watch what they want when they want, and they expect much more from BBC iPlayer."

Currently, the vast majority of on-demand content on BBC iPlayer is available for just 30 days, so the changes would certainly bring greater flexibility to the service. And, giving users more content to consume can only be a good thing.

Of course, the big question is, will any of this new content be available in 4K?

What is BritBox? The new BBC and ITV streaming service explained