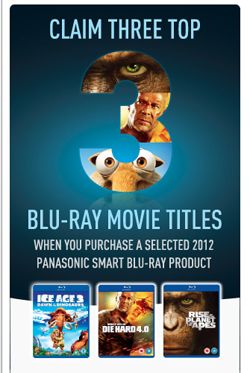 The three films on offer are: Rise of Planet of the Apes, Die Hard 4.0 and Ice Age 3.

The promotion runs from April 26th to July 21st 2012. To qualify, go to the Panasonic UK website and fill in your details.