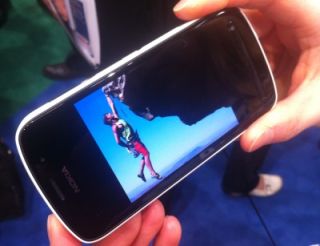 Nokia made two key announcements at World Mobile Congress 2012, the launch of the new 808 PureView and the news that the Lumia 900, initially US-only, is heading to Europe.

A wide range of camera options, powerful zoom and one-button picture option combine for Nokia to make it "the next breakthrough for photography", according to Nokia.

Due out in Q2, you can read more about the new smartphone in our Nokia 808 PureView news story.

Also new for Europe, but already on sale in the US, is the company's flagship Windows Mobile smartphone, the Nokia Lumia 900, the bigger brother to the Lumia 800.

Take a look at the phones in greater detail below. First up, the Nokia 808 PureView:

Next up, the flagship Nokia Lumia 900, now bound for the UK: