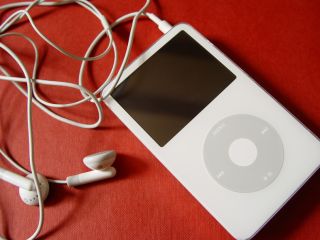 Prior to 1st October, it had actually been unlawful to make copies of physical media to listen to or watch back on a digital platform under the terms of the UK's copyright law – even if you were the rightful owner of that media.

That is no longer the case, but now UK Music, the Musicians Union and the British Academy of Songwriters, Composers and Authors have joined forces to apply for a judicial review into the introduction of the legislation.

The organisations accepted "the purpose" of the measures, but argued that it doesn't provide fair compensation to songwriters, musicians and other rights holders – something they say is at the heart of European law.

It has been argued that the UK government has differed from "the vast majority of countries in Europe" that have also introduced private copying exceptions, specifically with regards to the "compensatory mechanism".

UK Music CEO Jo Dipple said: "Licensing is the business model for the UK music industry’s success in the digital age. However, where the right to licence is removed rights holders should be compensated."

MORE: To rip or not to rip, that is the question

British Academy of Songwriters, Composers and Authors CEO Vick Bain added: "We have sought judicial review because of the way the government made its decision not to protect the UK’s creative industries."

Under the amended exceptions to copyright, you can now copy your CDs, DVDs or Blu-rays and transfer that material to digital devices, as well as also being permitted to digitally back-up your collection.

The change to copyright law had been had been due to come into effect on 1st June, in wake of 2011's Hargreaves Review – but the move had been placed on hold for four months. An explanation for why can be found here.

MORE: Digital sales of music and movies on the rise, but Blu-ray holds its own