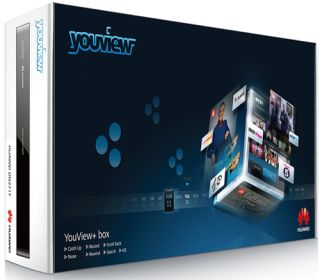 Humax and Huawei have both announced the launch of new YouView digital set-top boxes, which comes just after BT unveiled its own "sleeker" YouView+ box.

Meanwhile, Humax has released an update to the Award-winning DTR-T1010, with the DTR-T10101 featuring a larger hard drive than before, going from 1TB to 2TB.

Huawei's YouView+ DN371T box has dual tuners which will allow users to record one programme, while watching another, as well as being able to pause and rewind.

Now available for £219, users can use the DN371T to access on-demand content from BBC iPlayer, ITV Player, 4oD and 5 on Demand, along with other pay-to-view services.

Users won't be required to sign up to a BT or TalkTalk subscription package, since the box is a standalone unit.

Mark Mitchinson, Executive VP of Huawei UK and Ireland, says: "We are thrilled to be launching our own set-top box, which includes cutting-edge innovations to personal video recording technology and will play a key role in bringing YouView+ to the widest possible audience."

Meanwhile, the expanded storage space of the Humax DTR-T10101's 2TB hard drive will allow users to store up 1200 hours of SD content or 500 hours of HD TV.

The rest of the box remains the same as its predecessor, and the award winning DTR-T1000. So you can expect set-up and installation to be a breeze, and a user interface that's a pleasure to use.

HANDS ON: Hands-on with the Humax DTR-T1000 YouView box