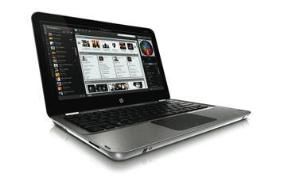 A monthly subscription buys you unlimited downloads to a PC, plus ten favourite tracks to keep forever in DRM-free MP3 format, rather than following iTunes' pay-per-track model.

MusicStation's catalogue will be tailored to each country from its roster of 6.5 million licensed tracks from four major record labels, including Universal Music Group. Users can legitimately download, play and share milliosn of tracks on their PC.

MusicStation will be preloaded on multiple HP devices from launch, and there's a 14-day free trial for all new users.

A monthly subscrpition costs £8.99 per month in the UK, or 9.99 Euros in other European countries.