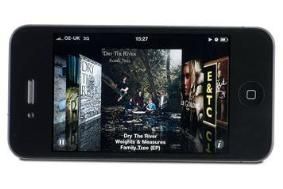 A survey suggests more than a quarter of potential buyers are now having second thoughts, and almost 60% of consumers are giving the new model the thumbs-down..

London-based Opinium Research asked consumers how they'd reacted to the recent publicity, and discovered that 57% of all consumers, and 83% of existing iPhone owners, were aware of the coverage given to the reception issue.

As a result, 26% say they're now less likely to move to an iPhone 4, and 57% told the survey they have no intention whatsoever of buying the product. That means just 17% of all those surveyed are still definitely interested.

And it seems even among the Apple faithful second thoughts are being had: 45% of iPhone 3GS owners said that the recent media coverage has made them less likely to buy or upgrade to an iPhone 4.

Opinium Research MD James Endersby commented that 'With 90 per cent of iPhone owners stating that they are satisfied with the level of service they receive, it's interesting to compare how few people would now purchase an iPhone after the media attention surrounding the antenna fiasco.'