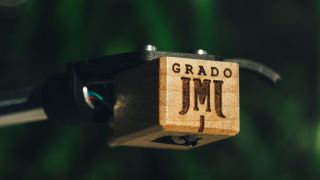 Grado has simplified its phono cartridge line-up by combining its ‘Statement’ and ‘Reference’ Series into a single range it calls its ‘Timbre’ series, so-named because the bodies of all the cartridges in the series are made from wood. It’s also added an entry-level cartridge to the Timbre Series, the Grado Opus 3, which is available in four versions: high and low output two-channel and high and low output mono.

The Opus 3 is the first Grado cartridge to have a body made from Maple. "Maple produces a vibrant and luscious sound, while staying consistent and clear," said Jonathan Grado, VP of Marketing – (yes, it’s still a family owned, family operated company.) "Through a variation of thermal aging processes, the housing gains the ability to better dampen and control the resonant frequencies".

All four Opus 3 models are fitted with aluminium cantilevers tipped with elliptical diamond styluses, and all are hand-built by Grado in its factory in Brooklyn, using Grado’s own coil winding techniques and a two-step shielding process that Grado says allows it to isolate the wire turns in the coils. "This process creates a cleaner signal path; the music is allowed to travel undistorted through the coils, greatly reducing mechanical noise," says Grado. "There is an extreme clarity over the full frequency range, with absolutely no stridency or shrillness".

All four models of the Opus 3 are available now, and retail for $275 in the US and AU$500 in Australia, although there's no word on UK availability. In Australia, Grado is distributed exclusively through BusiSoft AV and its authorised dealers.