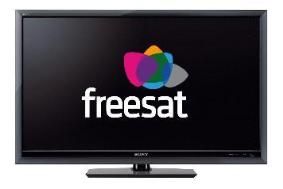 The company claims sales of its non-subscription satellite service had increased by 50% from 400,000 in May to 600,000 this September.

The managing director of Freesat, Emma Scott, said: "To achieve this level of sales and viewing in such a short space of time is a fantastic achievement and testament to the ever-growing appeal of Freesat."

Offering around 140 TV, radio and interactive channels, including some HD content, Freesat is still dwarfed by Sky's 9.4 million paying subscribers, while Freeview has sold 43 million devices since its launch in 2002.