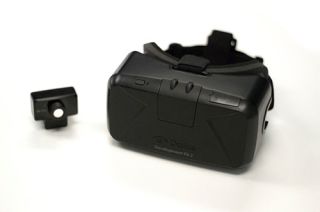 Facebook is to purchase California-based start-up Oculus – the tech firm behind the Oculus Rift virtual reality gaming headset – in a deal worth around $2bn (£1.2bn).

The social network has already revealed plans to take Oculus' virtual reality technology into other sectors beyond gaming – including communications, media and entertainment.

It follows the announcement last week that the Oculus Rift Development Kit 2 (below) had been unveiled, nearly a year after the original kit was shipped.

Facebook claim that the potential application of virtual reality technology makes it a "strong candidate to emerge as the next social and communications platform".

Meanwhile, Oculus said the social network "understands the potential for VR" and claims the partnership will help "transform the way we learn, share, play, and communicate".

The tech firm's signature device is the Oculus Rift, a virtual reality gaming headset that was one of our top-10 AV projects to come to life through a Kickstarter crowdfunding campaign.

After looking to raise $250,000, Oculus managed to raise nearly $2.5m and has gone on to attract more than 75,000 orders for the Rift development kits.

But while Oculus and Facebook make positive noises about the deal, not everyone appears to be happy – including Markus Persson, the creator of construction game Minecraft.

Persson revealed that talks to bring a version of Minecraft to Oculus have now collapsed as a result of the deal, saying "I definitely want to be a part of VR, but I will not work with Facebook".

• The Oculus Rift is included in the Design Museum's Designs Of The Year 2014 – an exhibition showcasing the most "innovative, interesting and forward-looking design".