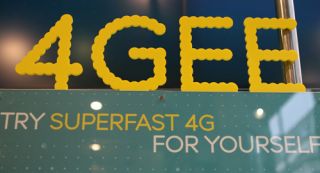 EE is on an ever-constant quest to make sure everybody can gain access to superfast mobile speeds with the launch of a new range of 4G tariffs.

For the first time, 4G speeds with be available on a pay-as-you-go basis, doing away with contract tie-ins.

All current 4GEE handsets will be available on the PAYG tariffs, and up until 31st January 2014, anyone who purchases a phone on PAYG will be entitled to a free 10GB data allowance.

MORE: EE 4G UK – everything you need to know

A range of 30-day rolling contract options with text and calls included will also be available and for those customers who take out a plan with 2GB or more of data will receive the fastest 4G speeds as standard.

Which one are you?

EE will be offering two different pay monthly plans, aiming to differentiate moderate users from super-users. Users will be able to obtain 4G speeds of up to 30Mbps on a range of entry-level smartphones on a 24-month basis, from just £18.99 a month.

Super-users however can opt for what the company are calling '4GEE Extra'. Again, based on a 24-month contract, customers will receive an extra range of benefits which include the fastest 4G speeds and inclusive roaming calls and texts in 30 international desinations including USA & Australia. These plans will be available from £26.99 a month.

EE for house and phone

EE also plans to offer customers wishing to sign up to a combined pay monthly mobile plan and home broadband plan, an extra 10GB of mobile data a month as a thank you gift. Customers can therefore get up to 10GB of data for just £18.99, with 20GB available with selected handsets.

As of November, those who live in more rural areas of the country, which are not currently serviced by ultra fast fibre optic broadband could gain access to 4G powered home broadband.

EE state that this broadband option would be tailored to those areas unable to experience the ultrafast speeds. Details as to what plans will be available have yet to be released, but more information is expected soon.

Additionally, EE has announced plans to trial the very latest in 4G technology in London. Speeds of up to 300Mbps are being promised, which would make streaming HD content to a mobile device from services such as Netflix would be a breeze.

EE currently offers 4G services to 60% of the population, with coverage in 117 towns and cities. With the promise of 4G speeds for homes, it seems as though within the next few years, the majority of the population will have access to ultrafast data.

With more mobile devices being released, and aimed at a wider range of consumers, EE predicts more people will require access to a faster network.

EE faces increased competition with the launch of the O2 4G and Vodafone 4G networks.