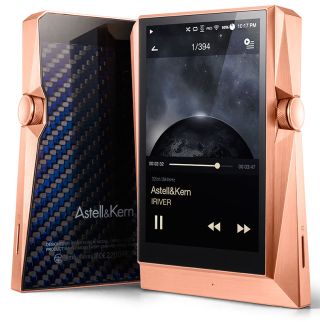 The AK380 Copper edition is, as you've probably guessed by now, made from copper (a solid 1.7kg block to be precise), which is coated to prevent oxidisation.

Astell & Kern says copper results in “superior electrical conductivity and shielding performance”, and the company claims it has a different sound signature to the regular, duralumin-based AK380.

Elsewhere, the player is exactly the same as the standard model, packing in dual 32bit DACs, advanced jitter reduction and native DSD playback. Internal storage is 256GB and a microSD slot allows for expansion over 384GB.

Only 500 units of the Copper edition will go on sale, with each player costing £3299 - a £300 premium over the standard model. The UK allocation will be available from select stockists and A&K’s Amazon page from late January.