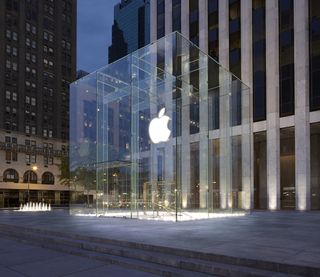 Refuting claims in the Wall Street Journal that Apple is planning to take over Tidal, Beats Electronics founder and Apple Music creator Jimmy Iovine has said that the company is "running [its] own race".

Though he did not deny that talks about the possibility of acquiring the service had taken place, no such discussions are currently in the works, according to Iovine.

A move to buy Tidal would reinforce Apple's ability to provide exclusive access to albums. Tidal has provided exclusives from artists like Beyoncé, Rihanna, and Lil Wayne, while Apple Music had an exclusive with Frank Ocean's recent album Blonde.

The news comes after Tidal's parent company, Aspiro, reported a $28m loss for 2015 - double that of the previous year. The streaming service currently has 4.2m paid subscribers as of June, compared to Apple Music's 17m paying users and Spotify's 40m.

Earlier this year, fellow rapper Kanye West said that Apple should purchase Tidal and "give Jay his check". He called on the two companies to join together to "let the kids have the music".

Apple's decision not to add the streaming service to its portfolio leaves Tidal in a difficult financial position. Without greater incentives for non-users to join the service, it is difficult to see how the company will be able to keep its place in the market.