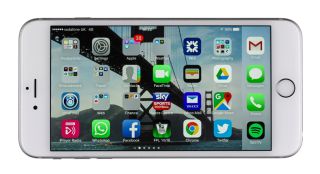 With everyone anticipating the arrival of the iPhone 7 and the prospect of relinquishing their headphone jacks, Apple is already planning the next iteration of its smartphones.

The company is currently in the process of developing 4.8in and 5.5in OLED displays, which are almost identical to the sizes of current iPhone 6S and iPhone 6S Plus, and is now seeking suppliers for the Flexible Printed Circuit Board (FPCB) used in an OLED display.

With Apple looking to expand its capacity to produce OLED, it's expected that more products with OLED displays will be announced, including a new variation for the iPad and Apple Watch lines.

It is also believed that the design of the OLED iPhone will be ‘dual-edge’, similar to the Samsung Galaxy Note 7. Apple is expected to make a distinction between the iPhone and its rival smartphones by changing the curvature of its phone.

An OLED iPhone is expected to be released next autumn.