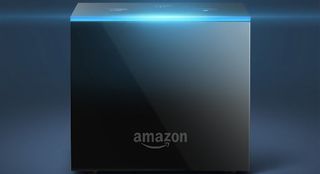 Not content with its existing range of Alexa voice-controlled speakers such as the Dot and Echo 2, Amazon is now gunning for the hi-fi market proper according to CBNC.

An entire family of new Alexa-controlled products is apparently in the wings, including an amplifier, receiver and subwoofer. Oh, and a voice-controlled microwave.

Details remain scarce at this point, but CNBC reports there could be eight new Alexa devices by the end of this year, including an in-car gadget.

Following hot-on-the heels of Amazon's recently released Fire TV Cube video streamer, a fusion of its Amazon Echo speaker and Fire TV stick, it seems the US retail giant is leaving no stone unturned in its quest to become the de facto standard for voice control in the home - and the car.

We're intrigued to know what Amazon's definition of "high-end hi-fi" will turn out to be, but given the success of its existing range of audio products, anything's possible.