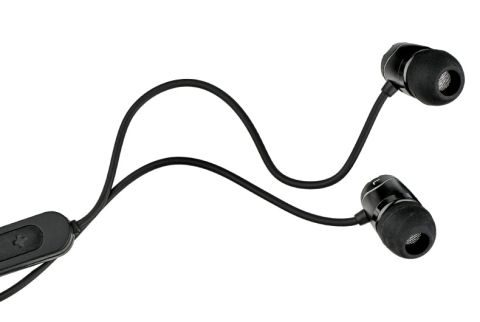 A fine pair of wireless in-ears, but the midrange could do with more finesse

For more than half a decade, the various versions of the SoundMagic E10 (including the current E10C) have been a go-to recommendation for people with little cash to spend on a headphone upgrade. This Bluetooth set is the most ambitious member of the family to date.

These are some of the cheaper good-quality wireless headphones around. However, the higher price should make you think a little more carefully about the sound quality limitations of what is essentially an entry-level earphone.

Look at the earpieces alone and the SoundMagic E10BT seem twins of the wired E10C.

They’re all-aluminium earphones with a sober look, mainly because some unlike other versions of the E10, the E10BTs don’t come in a whole rainbow of colours. They are black, with a curved grey line near the back of each bullet to add a suggestion of more deliberate design.

Only the earpieces are familiar, though. Other E10 models have a braided glossy cable, the SoundMagic E10BT a more conventional one, perhaps to provide the right flexibility and make construction easier.

Along the cable sit not one but two boxes. Most wireless headphones that don’t have a rigid neckband build their battery into the remote housing. Here the two are separate.

This is either a pro or con depending on whether you care more about battery life or ease of fit. Earphones like this might last six hours between charges, but a larger battery lets the SoundMagic E10BT last for up to 12 hours.

SoundMagic seems to want to make earphones you can use all day as your main pair, not just for a gym session or run.

The issue is that you need to figure out what to do with the battery pack. It’s a little too heavy to comfortably wear dangling while walking around, and there’s a small belt-style clip on the back.

The cable isn’t long enough to reach to a sleeve, so you’ll need to clip it to the front or back of your collar. Attaching it to the back looks better, but is a bit fiddly.

This fiddliness is the one practical issue of the SoundMagic E10BT. Get used to it, though, and it makes for a very secure microphonic-free fit.

The SoundMagic E10BT’s control unit is a standard three-button affair that, thanks to the wonders of Bluetooth control, will work with just about any phone. There’s also a little blue LED under the button surface to let you know when the set is ‘on’.

A throwback to SoundMagic’s Chinese roots, the voice prompt that tells you when the E10BT are ready to pair, and so on, has a Chinese accent.

There’s a mix of ultra-accessibility and doing things a little differently here.

Bluetooth quality is excellent, with rock-solid signal reliability. The SoundMagic E10BTs use a Bluetooth 4.2 chipset, telling you it’s recent hardware.

SoundMagic says the E10BTs are capable of receiving 24-bit audio, although with no word of aptX HD, it’s not clear whether this just means the DAC inside is a 24-bit chip.

You can’t connect using the microUSB port to use these earphones as a sound card for a laptop. This isn’t a feature we’d expect, but would explain the 24-bit claims.

Either way, once you’ve grown accustomed to the battery pack, the SoundMagic E10BT are a joy to use. And like other SoundMagic pairs, they come with an almost ridiculous array of accessories.

There’s a carry case and charge cable, the standard stuff, and eleven pairs of silicone tips. The standard is three pairs.

They include normal tips, double-flanged tips and another set with little cut-outs. These let in some external sound, making them suitable for activities like road running, when you need to be aware of nearby cars.

The SoundMagic E10BTs sound good, and largely mirror the quality of the E10Cs, but it’s hard not to see it in a slightly different context when you’re paying £70.

These earphones have a slight bass emphasis and lean towards a warmer, accessible tone. The treble is conservative but has reasonable detail, while the bass adds some fun and power to the sound.

The mids are where the limits of the SoundMagic E10BT become most apparent. They are bolstered by relatively low-texture mid-bass that can make vocals sound as though they’ve had extra studio compression applied to them.

The Beyerdynamic Byron BTs combat this with a much greater push for mid-range definition. Those earphones are £15 more and have worse battery life, though.

Make peace with the idea that £70 wireless earphones will sound similar to ones that cost just over half the price and you can’t go wrong.

SoundMagic has successfully transplanted the sound of the E10 into a Bluetooth earphone. It’s a pair with great battery life and top wireless performance.

The E10 sound loses a little of its shine when you’re paying £70 for it, but they’re still fun-sounding, engaging headphones.