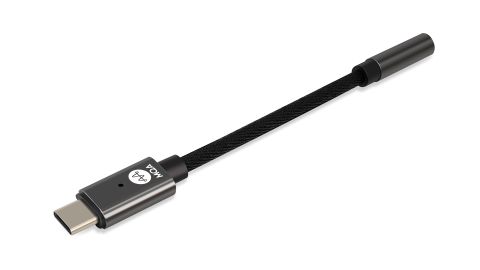 It might look like the headphone adaptor that came with your smartphone, but the Zorloo Ztella will wipe the floor with any bundled-in rival

In these unprecedented times, it perhaps makes sense that What Hi-Fi? should embark on a number of product testing firsts.

The Zorloo Ztella's price is $99 in the MQA form in which we've tested it, and $109 if you also need the Lightning adapter.

At the time of writing, it can only be purchased directly from Zorloo.com, with shipping to the UK, Australia and most US states charged at a flat $10.

That makes the total cost, including shipping and Paypal's current currency conversion rate, $109 ($119 for Lightning) for US buyers, £93 (£101) for those in the UK, and AU$163 (AU$178) if you're in Australia. You can of course pay in USD and save yourself a little money if your bank offers a better currency conversion rate than Paypal.

Zorloo claims the Ztella is the world’s smallest USB DAC with high-end audio capability, thanks to its 11cm length, 5g weight and ability to render hi-res music files up to PCM 384KHz, DSD 5.6M and in MQA.

Being both unobtrusive and generally affordable, that would seem to make it the ideal upgrade to your smartphone’s sound – but it might also be good enough to become your go-to for the computer as well.

Zorloo describes the Ztella as plug-in-and-play, however, you may need to take a little care here, particularly if you’re an Android user and want to get the best possible audio performance from your device.

Whereas the iPhone has a bit-perfect USB output, which allows the MQA Core signal to be passed correctly and recognised by the Ztella, an Android device’s USB output is limited by the capabilities of the Android system and so the signal is not bit-perfect.

It's worth pointing out that this issue isn't exclusive to MQA - it is the same scenario when looking to maximise performance of any and all hi-res audio formats played via the Android operating system.

The workaround is downloading the USB Audio Player Pro app, which allows the Ztella to properly recognise and render an MQA signal at its finest. That’s more faff than something labelled plug-and-play should ideally involve, but it still performs somewhere near its best without the additional legwork.

The Ztella also incorporates a headphone amp that analyses whatever you plug into it and optimises its output to match – it can deliver more than twice the power of a standard smartphone. If you want to pause the music and make a call, Zorloo has made sure your in-line controls and mic are still active when plugged into the DAC.

As for the other end of the Ztella, the standard connection is USB Type-C, which covers most modern smartphone, tablet and laptop manufacturers. A USB Type-A adapter is included for use with older hardware, and a version with a lightning adapter is also available for those using an iPhone.

You should also take care with headphone pairing. The Ztella is a wonderfully clean-sounding DAC for the money, but it will emphasise any brightness or top-heavy presentation in your headphones, which can be quite wearing during lengthy listening sessions.

It’s not that Zorloo has got the balance wrong, just that you need to pair the Ztella with something neutral sounding or mellow. There is still plenty of bass weight anchoring the sound, and a solid, friendly midrange despite all the sonic cleaning, but this isn’t a DAC that dials back on those high frequencies if they’re there.

Cleanliness is one of the Ztella’s most abundant virtues, but it’s immediately noticeable how confident and playful it sounds. It appears to use the space in each mix to take great swings at each note as they’re hammered. It does quiet and sombre reflection without sounding like it wants to go faster, but the Zorloo certainly feels most at home with upbeat tracks.

Of course, this being the first DAC of its type we’ve reviewed, there is no real frame of reference, apart from maybe those ones bundled in with smartphones. We have tested lots of its USB stick-like equivalents, and while they are different prospects in many ways, the good news for Zorloo is that the sound is broadly comparable.

Class-leading DACs that currently retail around the price of the Zorloo Ztella, such as the Cyrus soundKey or Audioquest DragonFly Red, will give a more fluid sense of dynamics, with more accented playing of small-scale shifts, and perhaps also offer more body, but they by no means leave this talented DAC for dust.

You may even notice more detail in pieces played through the Ztella, and be moved by its rapid and definite footwork, meaning you end up using it as your main DAC for your computer as well as your smartphone.

Although similar, the Ztella is a fundamentally different product to those USB DACs above, and even with the faff of the extra software for Android users and the care needed with pairing, its five-star status is secured.

Put simply, if you want to improve your smartphone sound, but don’t want a USB stick hanging off the end of it, this is a bit of a no brainer.