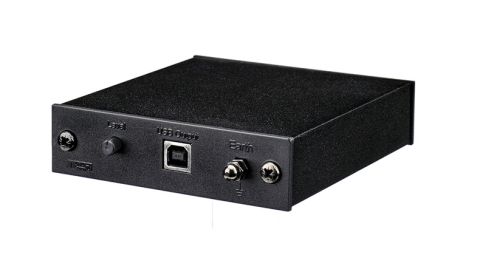 Few products have the talents to remain unchanged for more than six years and still be top of their class, but this is most definitely one

There’s nothing wrong with keeping your eye on the market, but constantly looking out for the next best thing can leave you running the risk of being unappreciative of what you already have.

Thankfully for those who picked up a Rega Fono Mini A2D at some point in the six years since we published our review, we doubt many will be troubling themselves with these updated words. When you own a ripping phono stage talented as this, you're unlikely to take it for granted.

Our verdict when first we heard the Fono Mini A2D, back in 2012, was that it would be a tough product to better for its sub-£100 price tag. Six years on, that's still very much the case.

Rega describes this moving-magnet phono stage as a cost-effective version of the Award-winning Fono MM, and aesthetically it’s about as unassuming as they come.

A no-frills aluminium black box, detail is restricted to RCA ins and outs, an earthing plug, USB socket, level control for ripping and an LED to indicate it’s powered up. If that light is shining red, you’ve played your part.

The company also makes ripping your vinyl easy by making the Fono Mini A2D compatible with any digital audio editor - the most common free software is the fine Audacity - rather than restricting it to a self-designed programme.

But if the Fono Mini A2D’s appearance is basic, its sonic talent is anything but. Over the years we’ve paired it with everything from the most budget-friendly systems to our eye-wateringly expensive reference kit, and it has always kept its head above water.

In short, we have to agree with Rega's likening of this to the Fono MM, both because of the pair’s similarlity to each other in terms of quality per pound and also the homogenous Rega character they share. It's the sort of sonic character that has made Rega a huge force at this end of the vinyl.

We open with Radiohead’s In Rainbows, and within seconds of 15 Step’s pulsating rhythmic introduction we feel as if we are being welcomed back into the arms of an old friend.

Timing has always been one of the Fono Mini A2D’s defining talents - it delivers tracks with zest and enthusiasm without skipping a beat, and this latest revisiting only confirms it is yet to be bettered by its rivals.

It is also testament to the Rega’s unwavering organisational nous that, even perhaps without as much in the way of detail and space as the Fono MM, the track builds with ease.

The Fono Mini A2D has set the table long before its guests arrive, and there are places ready for vocal, drum kit and guitars to be ushered to their seats.

When we say the Fono MM offers greater space and detail, though, we’re far from accusing this more affordable version of being lacking. In fact, if anything, Rega could be considered to have been overly generous when dishing out the portions here.

For a phono stage costing less than half the price of that aforementioned Award winner, the Fono Mini A2D could probably get away with offering a little less analysis than it does and still get the job done to five-star standard.

It’s that word again: musicality. That’s what really sets these Rega products apart, and it’s a whole lot to do with dynamics.

From differentiating the strands in polyrhythm such as that dominating 15 Step (and by intensity as well as timing and organisation) to eking out the emotion in more reflective numbers such as Nude or Videotape, or tying its laces tight to give the chaotic Bodysnatchers some real kick, this phono stage just appears to understand the music it’s feeding through.

There’s simply no overt colouration going on here, and that’s conducive to a great transfer of your vinyl to digital.

We’re yet to find a product – phono stage or turntable – that sounds different through our speakers to its performance as a ripping tool, so the fact that the Fono Mini A2D doesn’t force its own character on your music makes it a pretty much ideal source for your digital library.

While its USB connection is a definite selling point, we think perhaps the highest praise we can give Rega here is that the Fono Mini A2D is a class-leading phono stage. You can consider its extra features as a very generous bonus.

Whether you want to digitise your vinyl or are just looking for the best phono stage under a ton, this little black box from Rega is certainly one you absolutely must hear.