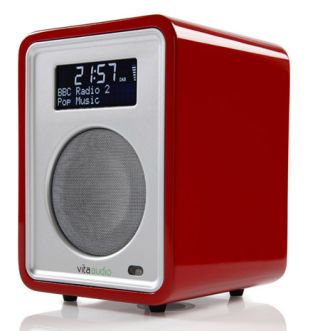 Vita Audio is celebrating its fifth anniversary, and the 25th anniversary of Ruark, with the release of this limted edition R1 MkII DAB/FM radio in gloss red.

It has an easy-to-read, large format display, an input for connecting an iPod or other portable player, DAB/DAB+/FM tuners, 3.5in speaker, RotoDial control, stereo headphone output and clock and alarm functions.

The Ruark Red special edition will go on sale at £180 in John Lewis, Selfridges, Harrods, House of Fraser and The Conran Shop.