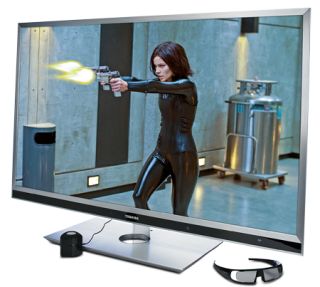 Toshiba has ceased production of its Regza LCD TVs in Japan due to falling demand, reports the BBC.

The Japanese manufacturer told the Beeb it has ended manufacturing at its plant in Fukaya, Saitama Prefecture. Toshiba has other LCD factories in Poland, Egypt, Indonesia and China.

The company is due to hold a press conference later today.

The global TV manufacturing business is going through unprecedented turmoil right now, with Sony and Panasonic – among others – racking up huge financial losses on their TV operations.

Earlier this week, Panasonic and Sony announced they would join forces to develop the next-generation of OLED TVs, a move that a few years ago would have seemed unthinkable.

Fierce competition from South Korean companies LG and Samsung has added to the woes of the Japanese TV makers. Hitachi has also said it will halt domestic production of television sets.