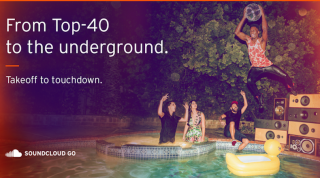 SoundCloud, the music streaming service, has added a £6-per-month price tier that will allow customers ad-free and offline access to its catalogue of over 120 million tracks on mobile and desktop.

This option, called SoundCloud Go, sits between the company's free offerings, and its £10-per-month service. The premium service, formerly known as 'Go', has now been rebranded as SoundCloud Go+.

Alison Moore, chief revenue officer at SoundCloud, said that its "unique mix of content, much of which can’t be found anywhere else, is an incredibly attractive offering for music lovers".

The service gives "users who haven’t made the jump into a music subscription plan, a robust, fully on-demand option at an accessible price,” she added.

While SoundCloud has 175 million active users, the company has been having difficulty monitising its base, after talks regarding a takeover by Spotify fell through.

The company hopes this paid subscription tier will help inject more money into the company, but it's uncertain whether it will be able to compete significantly with Spotify, Tidal, Amazon Music Unlimited, or Apple Music.