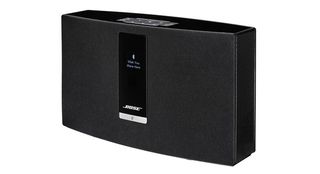 While there are still big savings on Bose's SoundLink Bluetooth speaker range, several US retailers are now also offering 20 per cent off across Bose's wireless multi-room SoundTouch speakers.

The new Bose discounts mean you can get your hands on the smallest SoundTouch speaker, the Bose SoundTouch 10, for as little as $159.99, with prices ranging up to $479.99 for the larger models.

We praised the very capable, four-star SoundTouch 10 and 20 III for their smart, compact design and big, clear, detailed sound. And while we find the 30 III the weakest of the bunch due to its less competitive performance-per-pound offering, we do like the power, scale, weight and dynamic expression behind its sound.

You can click through to the Bose speaker deals below...