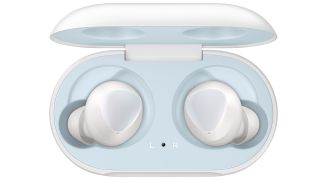 In the run up to Samsung's Galaxy Unpacked 2020 event on 11th February, we've seen no shortage of leaked information on the new Galaxy S20 smartphone, but information on the second generation of its true wireless headphones has been comparatively scarce.

Before Christmas we learned the next-gen Buds could arrive with a much bigger battery, suggesting that could be to power noise-cancellation. Now, however, it seems their rumoured bigger battery could simply be to prolong the earbuds' battery life 12 hours (no bad thing of course).

The good news? The company has apparently made improvements to the overall sound quality, while the strong design of the originals isn’t going to change much.  The Galaxy Buds+ will allegedly have four microphones – double that of the originals – in the name of improved call handling, too.

Those familiar with our two-star review of the inaugural Samsung Galaxy Buds will know that Samsung has much work to do in order to truly establish itself amongst the true wireless competition.

Will the rumoured new features be enough to stop us summarising that you should "steer clear" of Samsung's truly wireless buds? We truly hope so. There's clearly a lot to like on paper – if those sources are to be believed.

As soon as we get our hands on the Galaxy Buds+ for a thorough review, we will of course give you our full-fat, unabridged appraisal. Until then, the knowledge that the Galaxy Buds+ are due for a big reveal in less than a month (alongside the Galaxy S20 smartphone and the new Galaxy Z Flip foldable smartphone) will have to suffice.

5 key highlights from Samsung at CES 2020