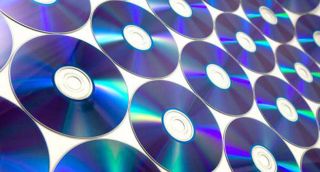 Music industry organisations had challenged the ruling, which last year ruled it was finally legal to make back-up copies of your CDs, DVDs and Blu-rays for personal use.

The Musicians’ Union, UK Music, and the British Academy of Songwriters, Composers and Authors (Basca), argued the change to the law hadn't delivered a fair compensation scheme for rights owners for the harm caused by "private copying infringements".

The High Court has agreed with the music industry, ruling the changes the government made "unlawful" due to the lack of any form of compensation.

Mr Justice Green ruled: "It is clear I should quash the regulations. I make clear that this covers the entirety of the regulations and all of the rights and obligations contained therein."

The government had argued there was no case for compensation, as the new measures would cause little or no harm but UK Music, the Guardian reported, said the new law would mean a loss of revenues for rights owners of £58m a year.

The change to the law which allowed people to make copies of legally bought music for personal use came into force last October under the Copyright and Rights in Performances (Personal Copies for Private Use) Regulations 2014 - even if most people were unaware that copying CDs had strictly been illegal before then.

The law is now back to square one, making copying of any kind illegal - including digital files and eBooks, as well as CDs, DVDs and Blu-rays.

The music industry wants a tax to be applied to blank CDs, hard drives, memory sticks and other blank media, which could then be shared among rights holders. This system is already in place in some European countries.

Jo Dipple, CEO of UK Music, said: “Last month, the high court agreed with us that the government acted unlawfully when it introduced an exception to copyright for private copying without fair compensation. We therefore welcome the court’s decision today to quash the existing regulations. It is vitally important that fairness for songwriters, composers and performers is written into the law. My members’ music defines this country.”

Pushpinder Saini, representing the Department for Business, Innovation and Skills, had argued that no credible evidence existed to suggest that the impact to rights holders “would be anything other than minimal”.