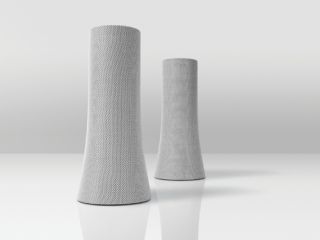 Logitech has developed the Bluetooth Speaker Z600, a wireless stereo speaker combo that is capable of playing streamed music from three 'active' devices.

With a design that the company says is intended to mirror the sleek good looks of Mac and Ultrabook computers, the Z600 represents the company's first multimedia speaker to have built-in Bluetooth connectivity.

Logitech claims that the speaker will deliver "clear, well-defined audio", with three drivers in each speaker "to provide superior acoustics in any space".

The Z600 allows users to switch between three connected devices at once, whether it be a smartphone, computer or tablet. Switching from one device to another is enabled by pressing pause on one and play on another.

The Logitech Bluetooth Speaker Z600s are expected to go on sale in the US and Europe in August 2013, with a retail price in the UK of £129/pair.