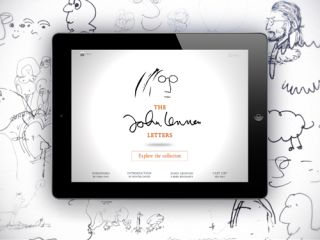 The app is a unique collection of the private letters of John Lennon, annotated and contextalised by Hunter Davies for a global audience of Lennon and Beatles fans.

With audio from Christopher Eccleston and links to John Lennon's music on iTunes, it offers a different but complementary experience to the hardback book The John Lennon Letters published by Weidenfeld & Nicolson.

The app is available on the Apple App Store from today for £5.99, and includes the following:

• 78 letters selected from Hunter Davies’s book The John Lennon Letters (with an additional ten letters, exclusive to the app) organised by chronology, recipients, themes and exclusivity

• Access to transcripts for every letter for complete legibility, plus supporting notes

• Flip postcards to see both front and reverse

• Introduction from Hunter Davies with a brief biography of John Lennon

• Link to buy the book on Amazon.com from the app