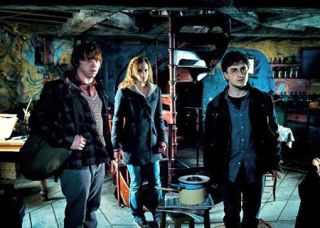 In a further sign that we're watching more films via streaming or digital downloads, spending on digital viewing rose 18% in the first half of the year, according to the British Video Association (BVA).

But this rise wasn't sufficient to offset the decline in sales of DVD and Blu-ray discs.

Despite the success of big titles such as The King's Speech and Harry Potter and the Deathly Hallows: Part 1 – they sold 1.2 million and two million discs respectively – they failed to halt a 5.7% fall in revenue to just over £1bn for the UK video sector.

Total sales of DVD and Blu-ray discs dropped 8.1% in the first half of the year.

"The first half has been a bit of rollercoaster, with wallets and purses squeezed, but despite that people still found more than £1bn to spend on video entertainment, the vast majority on physical formats," says BVA director general, Lavinia Carey.

"Digital is growing and has huge potential with the growth of internet-connected devices such as smartphones and tablets now an accepted norm for video viewing."

The report described the fall in total sales to £1.012bn as a "steady" performance in light of the tough economic environment.

The BVA adds that there are now 44 legal services in the UK on which consumers can download or stream video content.

The Top 10 titles sold on DVD and Blu-ray were: