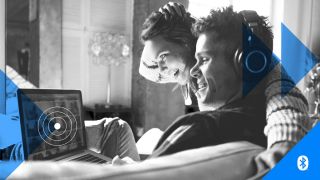 True wireless headphones are set to see some serious improvements in performance and form factor with the launch of Bluetooth LE Audio.

The specs for LE Audio were unveiled at CES 2020 by the Bluetooth SIG (Special Interest Group) and include the LC3 codec, which promises high-quality, low-power audio, and other features to improve audio synchronisation and sharing of Bluetooth music.

For headphones, and other wireless products, LC3 allows developers to create either same-size devices with far longer battery lives or smaller devices still with the same power consumption times as now. This is down to LC3’s apparent ability to provide high-quality audio at lower data rates.

According to SIG, LC3 shows improved audio quality compared to standard Bluetooth even at bit rates which are 50 percent lower. We’ll certainly be interested in testing this out for ourselves at What Hi-Fi?. Fortunately, the Bluetooth package will also still include the current Bluetooth audio codec, SBC, as part of the Classic Audio Bluetooth set.

Another advantage to LE Audio is its Multi-Stream Audio feature which promises better synchronisation of sound between source devices and its sinks. In terms of audio streamed from a smartphone to a set of true wireless headphones, that should make for lower latency between the two buds, fewer drop-outs and better stereo imaging. It’s also promised to make adding in voice assistants and switching between audio sources far smoother.

LE Audio’s final feature, Broadcast Audio, takes the idea of multiple streams even further by allowing a single audio source to broadcast to a theoretically unlimited number of sink devices. It facilitates a Bluetooth audio sharing experience where people can share their mobile music with friends around them or a more commercially-focused situation where many people can jump on the same public playlists at the likes of airports, gyms, bars and other venues.

Should LE Audio’s quality claims stand up, then we would be looking at better sounding, true wireless headphones that could stick out far less than the current crop, or have battery lives that are measured in days rather than hours, and all within the very near future.

The reduction in form factor has also allowed SIG to add support for hearing aids to LE Audio and it is expected that most phones and TVs will offer greater accessibility options within a few years to those with impaired hearing.

It’s good news all round for Bluetooth, then, which celebrates its 20th anniversary this year. We look forward to testing out the next generation of wireless audio devices.