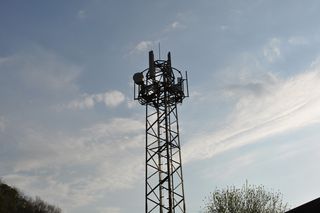 According to the Telegraph, the move is part of London's "first long term infrastructure investment plan" and is due to be announced this week. It's believed that it will be the world's first major 5G mobile network when up and running in six years.

The newspaper quoted the mayor as saying: "We need to ensure every Londoner is able to access the very best digital connectivity. Rapidly improving the connectivity of this great city is a key part of the Infrastructure Plan for London."

Plans to roll-out a 5G network in London – in collaboration with the University of Surrey – have emerged at a time when efforts are still continuing to make 4G mobile internet available across the UK, with at least 200 towns and cities now connected by EE.

Ernest Doku, telecoms expert at uSwitch.com, commented: “It's all very well Boris crystal ball gazing, but his comments will likely infuriate mobile users struggling to use their mobile internet - particularly outside the capital where the infrastructure is not always up to scratch.

"The investment in the next super-fast mobile network 5G is undoubtedly important in order for UK businesses to stay competitive internationally but let's not get ahead of ourselves. Most of us are still using 3G on our mobiles, and 4G still hasn't been rolled out across the whole of the UK yet."

The concept of 5G is still under development, too, with the European Commission signing an agreement with the South Korean government to "work towards a global definition of 5G" technology. But research initiatives aren't due to start until 2016.

KRW1.6 trillion – around £900m – is to be invested by the South Korean government in commercialising the fifth generation mobile technology, with the end of the decade pencilled in as a target date for launch; 2017 the reported start of network trials.