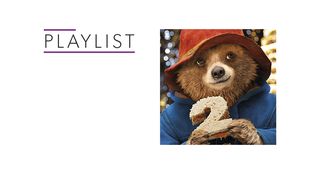 Released in 2014, the first Paddington movie was an endearing animated action film that provided a welcome dose of charm and optimism. It set the barrier high with its mix of witty observations and slapstick comedy - so can the sequel scale the same heights?

However, it all goes wrong when the birthday present is stolen from the shop before Paddington can buy it - and the bear is identified as the culprit. Can he prove his innocence and capture the real thief?

Paddington 2 features more of what made the first film such a delight. And, in the hands of writer and director Paul King and co-writer Simon Farnaby, that's no bad thing

There's a touch of Wes Anderson about the film's symmetrical framing and a prison sequence that's straight out of The Grand Budapest Hotel. The film's very British sense of humour is whimsical, but never twee, and the comic timing is spot on – it's rare that a joke doesn't provoke at least a smile.

The characters in the Brown family all are given meaningful contributions, and the way their respective storylines pay off is impressive.

Credit should go to King and Farnaby for crafting a film that's funny and heartfelt, but always lands on the right side of sentimental. We dare anyone not to be moved by the ending.

The supporting cast is full of comedy actors, including Brendan Gleeson's fearsome Knuckles McGinty, a standout in the prison sequence. The presence of Jessica Hynes in a small role makes us wonder where she's been. But the two stars of the show are Ben Wishaw's Paddington and Hugh Grant's Phoenix Buchanan.

We can't imagine a more perfect voice for Paddington than Wishaw's. The positivity and innocence he exudes would sound much stranger from Colin Firth, the first choice for the role.

Hugh Grant excels as the dandy Buchanan, perfectly sending up his own image by playing a washed up actor full of his own self-importance. The pomposity of the character is so much fun, it becomes infectious.

It's not often a sequel is better than its predecessor, but Paddington 2 can lay claim to that. It's a sugary sweet confection that's hard to resist.

Paddington 2 was shot digitally and mastered at 2K for its cinema release, implying that this release is an upscaled effort. It emerges on UHD with both versions of HDR - HDR10 and Dolby Vision.

From the off there's a noticeable boost in colours, which are brighter and more firmly defined. Paddington's fur leans towards earthy brown on the Blu-ray, but the 4K Blu-ray makes it more of a reddish brown that's maintained throughout. The pinks of the prison outfits (thanks to a Paddington-related snafu) are punchier and leap off the screen – maybe a little overstated, but vivid nonetheless.

Blacks are slicker and bolder, though in some instances they lack a little solidity. Some detail is lost in the shadows, but it's a much punchier and more refined effort in the balance between the light and dark areas of the image, making for a more rounded picture.

There is more clarity and definition in clothing, objects and textures in general. The Browns' street offers a range of tones and plays to 4K's ability to better differentiate between each one.

This is an impressive image, more colourful, more expressive and firmer than the Blu-ray. We wouldn't hesitate in saying it's the best avenue for watching Paddington 2 at home.

Paddington 2 emerges on UHD Blu-ray with a Dolby Atmos soundtrack.

The opening waterfall scenes in deepest, darkest Peru demonstrate a wide open space with a sense of power. From there on, it becomes a soundtrack where a chunk of action is evident in the centre channel.

Surround activity is subtly worked into the fabric of the film, complementing what's happening in the fronts so well that at times it may not be readily apparent.

Panning across the front array is effective in the few instances it's used. There's plenty of clarity and sounds have a good sense of detail and fidelity – Paddington's juicy marmalade sandwiches are memorably squishy, for example.

The track has a presence in the height channels. Some of it is diegetic, coming from within the world of the movie itself - thunder strikes or Paddington's attempts to clean windows, for example. Others are non-diegetic, such as the angelic choir within Dario Marianelli's chirpy score. The most notable use is a fun flashback using Boney M's Daddy Cool, which expands the soundstage to great effect.

Bass is solidly rendered, with dialogue intelligible throughout. In the few instances where scenes transition from loud to quiet (or vice versa), it shows itself to be a capably dynamic track.

Paddington 2 certainly won't tax your surround speaker package, but it's an enjoyable effort. It's not an action-packed movie, but what's there is solidly done.

Paddington 2 is a heartfelt story that builds on the first film and in many ways surpasses it, bringing Michael Bond's character to life in fantastic manner.

The UHD disc is an impressive effort with a colourful and expressive picture and a solid Dolby Atmos track.

As a film it's disarmingly simple, but well executed. If you fail to fall under its spell, then we can only surmise that there is coal where your heart is.