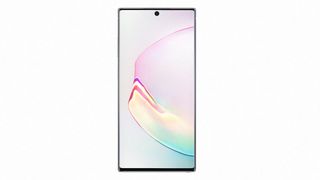 Samsung's next major flagship phone – the Galaxy Note 20 – could become the iPhone's biggest competition. The stylus-packing device is tipped to be one of the most impressive Android phones of 2020, thanks to a mouthwatering spec sheet said to include a 120Hz display, blazingly-fast 5G chip and a ground-breaking hidden camera.

Of course official details are thin on the ground. Instead, we've carefully pieced together the more likely rumours, news and leaks to build a clear picture of what Samsung's potential iPhone-killer will look like.

Ready to explore the Galaxy Note 20 in detail? Read on and we'll delve into all the most credible speculation and rumours around screen size, cameras, performance, price and more.

It's pretty much a dead cert that Samsung will unveil the Galaxy Note 20 at the firm's virtual Unpacked event on 5th August 2020.

With the Covid-19 pandemic still blighting many parts of the world, we expect the Unpacked event to be streamed live across Samsung's YouTube and social media channels.

So why the 5th August? According to a Weibo post authored by Ice Universe, an extremely reliable Samsung leaker, "Samsung will release the Galaxy product line headed by the Samsung Galaxy Note 20 online around August 5".

That date has been backed up by a number of other analysts including Jon Prosser of Front Page Tech, who tipped the launch for 5th August followed by a sales date of 20th August.

The Note 20 won't be the only device unveiled at the Unpacked event: the aforementioned Mr Universe has tipped Samsung to show off up to five new devices, including the Galaxy Fold 2 and Galaxy Z Flip 5G.

The Galaxy Note series has typically seen Samsung take its best flagship phone, bump up the screen size and bolt on a stylus pen. In other words, the Galaxy Note 20 will be top of the line and then some – so don't expect it to come cheap.

However, following the launch of the Samsung Galaxy S20 – the successor to the Galaxy S10 – in February 2020, analysts now predict that the Note series will follow suit. Long story short: the next-gen Note will almost certainly go by the name Samsung Galaxy Note 20.

Samsung is set to launch not one but two Galaxy Note 20 phones on 5th August. Most of the rumours point to the Note 20 being launched alongside the Note 20+ (in line with 2019's launch of the Note 10 and Note 10+).

However, it seems that a third version of the Note – the Note 20 Ultra – could also be in the mix. Samsung has previously used the 'Ultra' tag to denote 5G-capable devices, and it may actually have leaked rendered images of a stunning 'mystic bronze' Note 20 Ultra on its Russian website – albeit with the link slug that actually refers to the 'galaxy-note8' (thanks for the spot and leak, Max Weinbach) .

In June, MySmartPrice claimed that a leaked Bluetooth Special Interest Group (SIG) document had confirmed the existence of the Note 20 Ultra. The Bluetooth SIG, which provides handsets with certifications, specifically referred to the 'Note 20 Ultra'.

Could it be true? We're taking this one with a pinch of salt. Many tech analysts have questioned the need for an 'Ultra' tag given that all of Samsung's next-gen Note devices are expected to come with 5G as standard.

If pocket space is at a premium, the Galaxy Note probably isn't for you. The Note's USP has always been its supersized, 'phablet'-esque display – and the Note 20 looks set to be the biggest Note yet.

Perhaps more interestingly, one of the most historically accurate leakers on the net has tipped the Note 20 to get a revolutionary 'in-screen' camera that would 'disappear' when not in use. The tech has already been spotted in concept devices by rival phone-makers Oppo and Xiaomi, as well as on a leaked screenshot (via SamMobile) that appears to show a Samsung phone without a cutout for the front-facing selfie camera.

Could Samsung beat Apple to market with the world's first phone featuring a hidden, in-screen camera and no ugly notches, cut-outs or punch holes? It would certainly be a mighty big feather in the Korean firm's cap but we're sceptical that the technology will be ready by 5th August. Watch this space.

The shape of the Note 20's screen has also caused feverish speculation. Way back in February 2020, Windows United released a series of renders that suggested the Note 20 would resemble the Galaxy S20, albeit with a larger, curved Infinity-O display and an S Pen. No surprises there, right?

However, a recent shock leak from aforementioned Samsung tipster, Ice Universe, suggested that the Note 20 could feature a flat screen, rather than one with curved 'waterfall' edges.

Another source, Harmless Karl, shared these CAD images on Twitter. They show a device with a thicker-than-expected bezel in what he billed a "rough design preview" for case manufacturers.

If true, it's an interesting design departure for Samsung, which has been churning out sleek phones with curved-edge displays since 2017. Those squarer corners might look a little less fancy, but they might also mean the Note 20's precious 120Hz display is a little less vulnerable to cracking when dropped.

Further design details are thin on the ground but expect the Note 20 to feature a waterproof metal frame, a built-in holster for the S Pen stylus and a more responsive under-display fingerprint sensor. A recent leak also suggests the Note 20 will come in black, grey, green and copper finishes.

There's also been talk that Note 20 will feature a built-in projector – but you can file that one under 'O' for outlandish.

One of the most talked about features of the Note 20 is its screen's rumoured 120Hz refresh rate (the iPhone 11 tops out at 60Hz). We've seen silky-smooth 120Hz smartphone screens before – most recently in the five-star Samsung Galaxy S20 – and they're great for gaming and streaming Netflix on the go.

According to a tweet from tipster Ice Universe, the Note 20 will boast a "fine-tuned" version of the S20's 120Hz display, said to eek out a bit more battery life and emit less blue light.

The rumour mill has also thrown up the possibility that only the pricier Note 20+/Note 20 Ultra will get the 120Hz display. It all stems from the fact that last year's Note 10 was lumbered with a rather average 1080p HD display while the Note 20+ got a much  more appealing 2K display.

As yet nothing's been confirmed, but we won't have to wait long for find out – the Note 20 is tipped to be unveiled on 5th August.

Samsung's Galaxy Note phones have generous proportions meaning there's plenty of space to cram in the very latest camera technology. However, the latest leaks suggest that the Note 20 won't pack the monster 100x Space Zoom which debuted on the Galaxy S20 Ultra.

According to GSMArena, the Note 20+ will make do with a solid 50x zoom. On the upside, the new Note will get the Galaxy S20's top-of-the-range 108MP sensor, so expect to capture some spectacularly-sharp snaps.

Completing the triple-camera array, seen here in a leaked photo posted by Camie Ngo, is said to be a 13MP telephoto lens and a 12MP ultra wide angle camera. As for the focussing issues that have blighted some S20 users, reports suggest Samsung will introduce a laser focus sensor to fix the problem.

Also worth noting: the 50x telephoto lens will feature a periscope-style design and comfortably beat the 30x zoom offered by the S20 and S20 Plus.

The Note 20 is said to sport the Qualcomm Snapdragon 865+, the 5G-optimised chip that powers the firm's impressive Galaxy S20 smartphones. That should provide plenty of oomph for gaming, video and Samsung's updated suite of biometric health-monitoring apps, which are rumoured to be launching at the same time as the new Note.

As for raw power, the Note 20 is tipped to pack a gargantuan 4000mAh battery with the Note 20+ tipped for an even larger battery pack. Storage options are rumoured to start at 128GB, which is relatively small and has led to some speculation that the Note 20 may tote an expansion slot for an SD card.

Best smartphones for movies and music