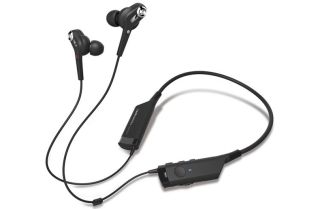 The Audio-Technica ATH-ANC40BT headphones will be on sale from 15th July, priced at £149.

See all our Audio-Technica news and reviews

BT Vision customers will now get an updated version of the iPlayer app on their set-top box.

The BBC has adapted its new-look iPlayer app to all the necessary set-top boxes and platforms over the past year or so, with BT Vision the last major platform to get the update.

The Chord Company has launched what it claims is "its most advanced mains product to date", the Sarum Super ARAY power cable.

First revealed at the Bristol Sound & Vision Show, this is the company's flagship mains cable - no surprise considering its £1700 (for 1m) price tag.

See all our Chord Company news and reviews

Summer is just around the corner (if we're lucky), and Monster has confirmed the release of the SuperStar BackFloat waterproof, floatable speaker.

The speaker first made a splash at CES at the start of the year, and now it's on sale in the UK for £120.

It will connect to your smartphone or tablet over Bluetooth, has a 10m wireless range, a rechargeable battery for seven plus hours of playback and there's even a built-in mic for taking voice calls.

See all our Monster news and reviews

Roberts has launched a special 'Leaf Green' version of its Revival Mini portable FM/DAB radio. As you can probably tell from the name, the Mini (£130) is a compact version of the much-loved Revival, offering 12 hours of power from its built-in rechargeable battery.

The radio also features an auxiliary input for hooking up external sources and a headphone jack for private listening.