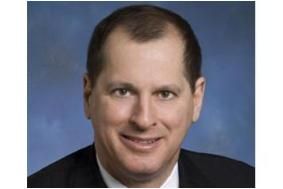 A meeting of the California Energy Commission, due to take place yesterday, has been put back two weeks after the CEA apparently submitted a 91-page document outlining its objections at 4.55pm on Monday, just five minutes before the end of the 45-day public consultation period.

The vote has now been rescheduled for November 18th.

The proposed standards would require TVs up to 58in to use 30% less electricity than they do now by 2011, and almost halve energy consumption by 2013, and also have requirements covering issues such as automatic shut-off and heat management.

The CEC says that a thousand current TVs already meet the 2011 standard, which requires a 42in TV to consume no more than 183W, and more than 300 the 2013 requirement of a 115W maximum for screens of this size.

Stifling innovation
But the Consumer Electronics Association says that legislation isn't needed, and may well stifle innovation in the industry, leading to delays in the launch, or prohibition, of technologies such as 3D TV and internet-enabled sets if they can't be made to meet the new standards in time.

The manufacturers say the problems will occur in the need for new technologies to get approval at the design stage, and point out that power consumption has been steadily reduced over the years, to the point where some 42in plasmas consume half as much power as a CRT set of a decade ago, despite having much larger screens.

In a piece in published in Tuesday's San Francisco Chronicle, CEA President Gary Shapiro said that "The proposed regulations set arbitrary limits on TV energy use, thereby banning the sale of TVs that do not meet the standards, and will cost California $47 million a year in lost tax revenues and destroy more than 4,000 jobs, largely tied to local retailers, installers and distributors.

"Some 700 TV models banned for sale would still be available for sale online and in all other 49 states. These onerous regulations would simply push many sales online and across statelines, sending critically needed tax revenue outside of California.

"Product development requires flexibility, not regulatory limits, and time, not timetables. The regulations could delay or prohibit new products and technologies – like 3D-HDTV and Internet-enabled TVs – if they can't comply with these regulations."

Efforts to derail process
The late submission to the CEC consultation process was attacked by the Natural Resources Defence Council: speaking to the San Jose Mercury News, Noah Horowitz, NRDC senior scientist, described it as "consistent with their ongoing efforts to derail this process.

"TV energy use is a significant source of energy use in the state, and we fully support the commission's proposed efficiency standards for new TVs."

However, Consumer Electronics Association spokesman Doug Johnson defended the submission, telling the Mercury News, "We urged the CEC to take a bold step and work cooperatively with our industry to realize the desired energy savings without harming the economy, impeding technological progress, or limiting consumer freedom to enjoy home entertainment.''