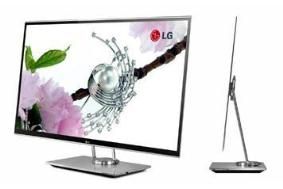 LG and Sky will collaborate on marketing and promotion for the launch of the Sky 3D channel, including roadshows demonstrating Sky's 3D content. There will also be exclusive offers on LG's 3D TVs for new and existing Sky subscribers (though neither party can yet confirm the form these deals would take).

Stephen Gater, Head of Marketing LG Home Entertainment Company, commented: “Making 3D technology a genuine reality in people's homes relies on the pairing of great hardware and compelling content. Our partnership with Sky recognises just this. Together we are committed to educating consumers about our full 3D TV range and demonstrating how they can best view the new content that will available to them in the home.”

Hilary Perchard, Sky's Director of Product Management, adds: “We're delighted to have entered into this partnership with LG. We believe in giving customers choice and as the only manufacturer so far committed to both active and passive TVs, we believe LG has the breadth of product to offer a 3D TV experience for all Sky customers. We will work alongside LG in helping raise interest and awareness of 3D as we build up to and beyond the launch of Sky 3D.”

More on those deals - and LG's extended 3D TV range - after a product briefing later today.

Posted 02.09.10
We're at LG's press event here at IFA, waiting for UK launch details of its new products, which should include a 31in OLED TV, LED-lit LCD screens and 3D plasmas.

We're being told that LG is the fastest-growing TV brand in the UK, and reminded that 2000 LG TVs are set up in pubs and clubs to show Sky 3D. Apparently 80% of viewers there reckon football is better in 3D.

LG has confirmed it's launching 3D plasmas and its 31in OLED is also 3D capable. The latter will launch next spring, but there's no word on price yet other than that it will be 'premium'.

LG's 3D PX990 plasmas are 50in and 60in with active-shutter glasses, out in October. We'll be the first to review them.

Every LG 2010 TV shipped from last April will be upgradeable to the BBC iPlayer by the end of this year.

There'll be more LG tech specs and pictures after we have a full product briefing tomorrow. And there's a further LG 3D announcement to be made, but it's embargoed until midnight tonight.

Posted 30.08.10: LG is planning to show its wide-ranging TV technology at the IFA show, which opens in Berlin this week – and that means plasma, LED TVs and OLED.

It will launch its thinnest-ever LED-lit LCD TV – just 8.8mm thick – as well as demonstrating a 31in 3D OLED model and a modular plasma solution enabling massive whole-wall 3D displays to be built.

The ultra-thin 'Nano TV' will go on sale in Korea, France and Germany next month, with Simon Kang, vice president of global marketing strategy for the company's home entertainment division, saying that LG aims to sell 3m of the slimline LED-lit LCD TVs next year.

He added that LG is relying on high-end TVs and new technologies to boost sales.

That means it's following a similar path to Korean rival Samsung, which launched a 7.98mm-thick LED-lit LCD TV earlier this year in Korea, selling for just under 10m won (around £5400).

One of the stars of the IFA show for LG is bound to be its 31in 3D OLED screen, which is just 0.29cm thick – that's thinner than the 15in model in the current issue of the magazine. LG claims that 3D viewing will be more comfortable using OLED, thanks to its much faster response time, greater contrast and better colour fidelity.

And completing the line-up will be a 'frameless' 60in plasma screen offering edge-to-edge picture, meaning that multiple units can be arranged together to create even bigger screens.

This multivision concept is aimed at airports, showrooms shops and the like, with LG saying that nine screens can be used together to create a 180in screen, for example, or 16 to create a 240in screen.

All with full 3D capability, of course…