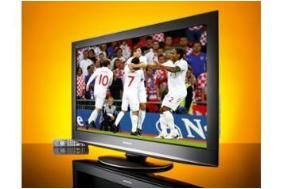 There's been a slight delay in the schedule for Panasonic Freesat TVs and Blu-ray recorders to be upgraded to handle the BBC iPlayer.

One of our Forum posters, duncanssby, was sent this email from Panasonic about the proposed update:

"Unfortunately, the planned update for the BBC iPlayer service for Panasonic Freesat televisions and Diga Blu-ray recorders has been delayed. We sincerely apologise for this delay, but stress that this is due to further testing being required to ensure that it meets Panasonic's high production standards."

A spokeswoman for Panasonic UK told whathifi.com today: "The BBC iPlayer upgrade is undergoing final testing now and we hope to have the results soon."

We'll let you know as soon as we know any more.

You can read the full thread about this subject on our Forums.

Quite a few readers on our Forums have been asking when Panasonic will upgrade its Freesat-equipped TV sets and Blu-ray/DVD systems to handle the BBC iPlayer.

According to this link on the Freesat website, the schedule is as follows:

The above schedule is "subject to successful testing and software stability," says Panasonic.