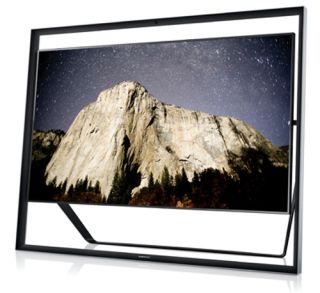 New research from Akamai has found that the UK has continued on the path towards 4K "readiness" but still lags behind a number of European nations.

While the UK has made progress, it still trails a number of European nations – Switzerland topped the continental list with 23 per cent, while South Korea lead overall (60 per cent).

Akamai's report stressed that this does not indicate who can currently view 4K content, "rather which countries/regions have higher concentrations of 4K 'capable' connectivity". The percentage of 4K TVs in people's homes is no doubt much, much smaller.

The overarching message to come out of Akamai's State of the Internet report was positive, with long term trends pointing towards "improved adoption" of high-speed internet leading to greater 4K readiness.

It comes at an important time in the development of Ultra HD 4K TV from a content perspective, with a number of initiatives currently being undertaken to drive its uptake across the industry.

The BBC's R&D department is trialling 4K broadcasts from the 2014 World Cup in Brazil, and is set to showcase live coverage of the Commonwealth Games next month at Glasgow Science Centre.

Sony and FIFA are also working together at the World Cup to cover three games in Ultra HD, while a 4K streaming service has been started by Netflix, which now offers the complete Breaking Bad.

An Akamai spokesperson said: "[The report] highlights the percentage of connections to Akamai at speeds above 15Mbps, with the goal of identifying candidate geographies most likely to be able to sustain such streams.

"The findings do not account for other readiness factors, including availability of 4K-encoded content or 4K-capable televisions and players."