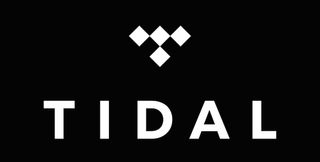 Sprint, the fourth largest mobile network operator in the United States, has purchased 33 per cent of music streaming service Tidal, calling the deal a "formidable pairing".

In its press release, Sprint said that "Tidal and its artists will make exclusive content that will only be available to current and new Sprint customers." Currently, Sprint has 45 million customers across the United States and Puerto Rico.

A source familiar with the matter tells Billboard that the purchase was for $200 million and that the partnership includes the creation of a "dedicated marketing fund", with an annual budget of $75 million, solely for artist initiatives and exclusives.

The deal should help to provide Tidal with the greater hardware base it needs to compete with rival services Apple Music and Spotify.

Spotify currently has 30 million users; Apple Music has around 13 million, with a user base growing at a faster rate.

Tidal claims it has in the region of three million subscribers - however this figure has been under some dispute, with the Norwegian newspaper Dagens Næringsliv reporting that the service may have been inflating its figures.

Dagens Næringsliv says it obtained internal reports that show Tidal had only 350,000 subscribers in September 2015. At that point, Jay Z, Tidal's owner, had tweeted that the streaming service had reached one million subscribers.

This also comes after the news that Tidal has improved its 'Tidal Hifi' subscription by adding MQA technology, which can provide a finer level of detail, while also making the files themselves smaller, so reducing bandwidth use.