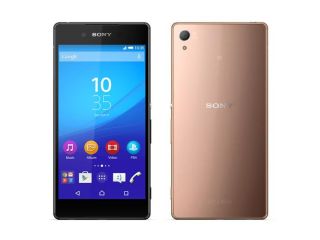 The Z4 has also ditched the flap that covers the microUSB charging port, something we’ve already seen on the Z4 Tablet. Even with the loss of the flap, the Z4 will still retain waterproof and dustproof capabilities.

Sony has again stuck with a full HD 1080p display for the Z4, meaning it won’t follow in its Tablet cousin’s footsteps with a 2K display. What this does mean is that the battery life should be just as good, if not better, than the Z3’s - no bad thing.

Other specs include a Qualcomm Snapdragon 810 processor with 3GB of RAM, and 32GB of onboard storage with a microSD card slot for expansion. High resolution audio support is also onboard.

The rear camera is staying at 20.7MP but the front-facing snapper has had a bump up to 5.1MP and has been boosted by a digitally stabilised 25mm wide-angle lens.

The Xperia Z4 will only be released in Japan for now, but it's likely an indication as to what we'll see in the UK and Europe later in the year. Watch this space.