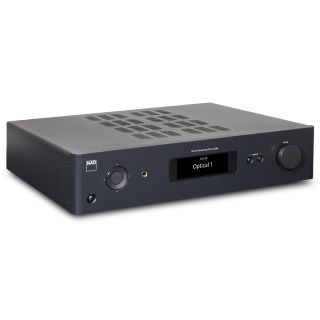 If entertainment was a beautiful, golden, sandy beach, shiny streaming boxes would wash up on its shores at every high tide. Indeed, our testing facilities were awash with Awards contenders – and we've tested them in the quest to find this year's winners, of which there are six across music and video sorts.

In order to reach this point, we've streamed countless albums, playlists, TV box sets, movies and series, across a plethora of platforms. And while some old favourites just couldn't be beaten for quality at the price, a few newbies also swept away the spoils.

The increasing ubiquity and significance of streaming has not only seen us honour a greater number of streamers than ever before, but also split music and video streamers into separate categories for the first time. We've rounded up the winners across both below...

Behind its modest façade, the AudioLab 6000N Play (pictured above) has every right to exude an air of quiet confidence – it just won our Award for the best music streamer under £500, ousting the Bluesound Node 2i that sat at the Awards table last year. Modest-looking but clear and articulate, the 6000N Play is definitive proof that you needn’t spend loads to marry up your system with great-sounding streaming.

Up a level to the super-competitive £500-£1000 bracket, and we found the Cambridge Audio CXN V2 just as unbeatable this year as it was last year.

New in for 2019, the NAD C 658 (pictured top) – priced at the more premium end of the market – scoops the gong for best music streamer between £1000 and £1500 thanks to its musical transparency and fully fledged features (which uniquely includes effective room calibration technology).

A streamer, DAC and a preamp in one, the NAD C 658 is, as we said in our five-star review, a Swiss Army knife of a hi-fi component.

Our shout for the best music streamer over £1500? It's a new face, in the shape of the sterling Naim ND5 XS 2. Brimming with class leading sound and leaving gimmicky aesthetics for dust, it is expressive, detailed, insightful, and rhythmically on-point.

Folks, you can now smarten up your TV for one crisp £50 note. The best video streamer under £100 for our money is the Amazon Fire TV Stick 4K. Dolby Atmos and all current HDR formats are supported and let's face it, it's temptingly cheap. Where streaming sticks and excellent value collide, you'll find Amazon's flagship streamer.

A What Hi-Fi? Awards winner in 2018, the Apple TV 4K is still, a year on, the best video streamer you can currently buy, getting the nod for the best premium, £100+ option by a nautical mile. Hands-down, its biggest selling point is its huge library of 4K HDR movies, and the catalogue is expanding at an impressive rate.

What'll win What Hi-Fi?'s Product of the Year in this category? Will the very best-value proposition be a music or a video streamer? All will be revealed on whathifi.com on the evening of Tuesday 5th November, when the annual, London-based What Hi-Fi? Awards ceremony takes place.